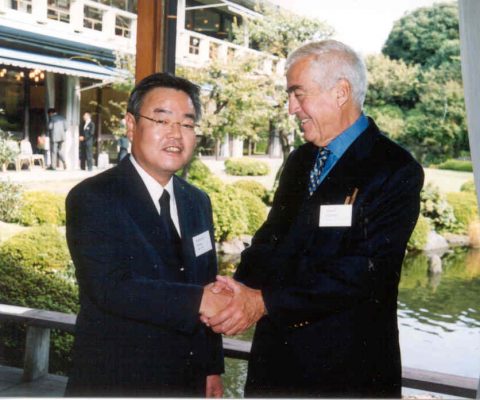 Funded by Lloyd Cotsen as an encouragement program, the biannual Cotsen Bamboo Prize was awarded from 2000 through 2006. Eligible artists competed for a $20,000 award, an expense-paid trip to the United States, and to have their work exhibited at the Asian Museum in San Francisco. By 2008, there were no more eligible mid-career artists then at the top of their game, so a group show for promising up and comers was substituted.

Winners were chosen by an American jury comprised of nationally-recognized figures from the world of American craft arts. The criterion for selecting the winner was based upon the sculptural vision and technical accomplishments of the artists, as seen from outside of Japan.

Over the years, TAI Gallery (now TAI Modern) has brought many Japanese bamboo artists to the US to demonstrate at art fairs and museums. Their itineraries included a stop in Los Angeles to see Lloyd Cotsen’s warehouse. Before the Cotsen collection was gifted to the San Francisco Asian Museum, the warehouse contained over 1000 Japanese bamboo baskets. There was nothing even remotely like this to be seen in Japan. A visit to the warehouse could have a profound impact upon an artist, giving many, for the first time, a sense of the immense creativity of their own craft tradition.