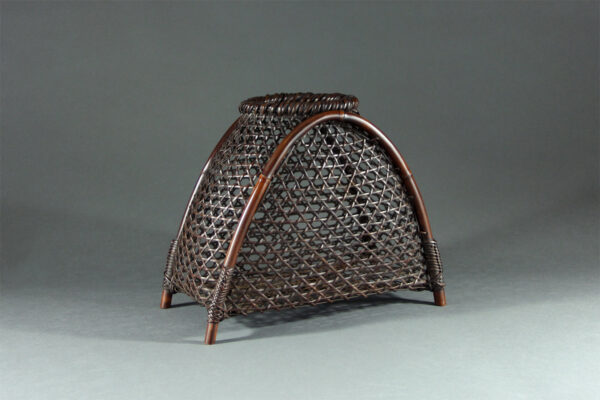 Yamamoto Chikuryusai I, another early Osaka-based master bamboo artist, was Hayakawa Shokosai I’s and Wada Waichisai I’s younger contemporary. Born to the Yanagi family, former samurai who served the Domain of Yodo, he was later adopted by his sister-in-law into the Yamamoto family line. His elder brother, Yanagi Takesada, owned a business selling bamboo baskets in Osaka, and both brothers learned bamboo basketry from hired craftsmen. Takesada eventually moved to Korea seeking more lucrative business opportunities. Chikuryusai remained in Osaka and became a professional bamboo artist under the name Chikuryusai (his artist name has been romanized as both Chikuryosai and Chikuryusai, but he is better known in the West as Chikuryusai, so we adhere to this spelling to avoid confusion.) 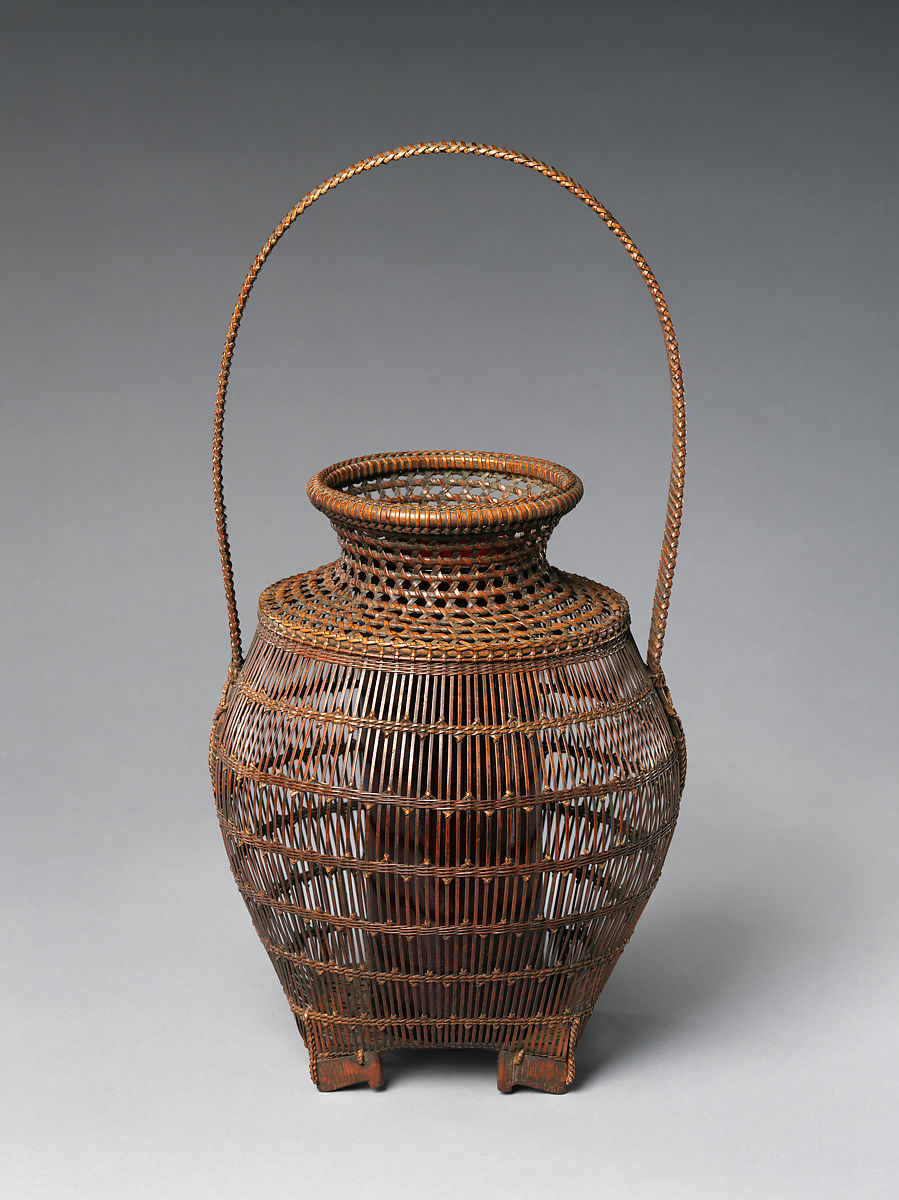 Almost all of the early masters of bamboo art, Hayakawa Shokosai I and III, Wada Waichisai I, Tanabe Chikuunsai I, Maeda Chikubosai I, for example, wanted to have their own voices and tried to stand out among one another. After Hayakawa I’s success at the national level, most talented bamboo artist wanted to be creative and unique whether or not the market accepted or wanted such attempts. Even when they made Karamono-style baskets, they made sure to include their own unique takes. Maeda Chikubosai I made such baskets more exaggerated, more powerful, and more masculine. Tanabe Chikuunsai I added ceremonial arrow shafts or carved bamboo.

Yamamoto Chikuryusai I’s uniqueness lies in the fact that he did not attempt to insert himself into his baskets. He was renowned for his sencha baskets and his elegant and reserved artistic vision. “I think that Chikuryusai I truly loved karamono baskets and Chinese literati culture. His scroll paintings and his calligraphy look very Chinese. When he made Karamono baskets, he kept the exact proportion and followed every detail and protocol, not adding or omitting anything; yet, he made his baskets somehow more elegant and sophisticated than the Chinese originals. Chikuryusai I’s dual identities– being an owner of a bamboo basket business first and being an artist second– might have also influenced his attitude towards art. He probably had to be more sensitive towards market demands than his contemporaries,” says Koichiro.

Chikuryusai I’s baskets received awards at several important international expositions. Along with his two sons, Chikuryusai II and Chikken, he actively participated in the annual Imperial Art Exhibitions. He was also a teacher and mentor to bamboo artists Hamano Chikkosai, Ikeda Seiryusai, and to Suemura Shobun. In 1929, Chikuryusai passed on that artist name to his son but continued making work as Shoken until his death in 1945.