Tanabe Chikuunsai I was born Tanabe Tsuneo in 1877. His ancestors had been traditional medicine doctors who served the Matsudaira clan of Amagasaki. When Tsuneo was twelve, his father arranged for him to be apprenticed to the great Osaka bamboo artist Wada Waichisai I. In 1901, after eleven years assisting his teacher, Tsuneo was given the artist’s name of Chikuunsai by Waichisai I upon his becoming independent. 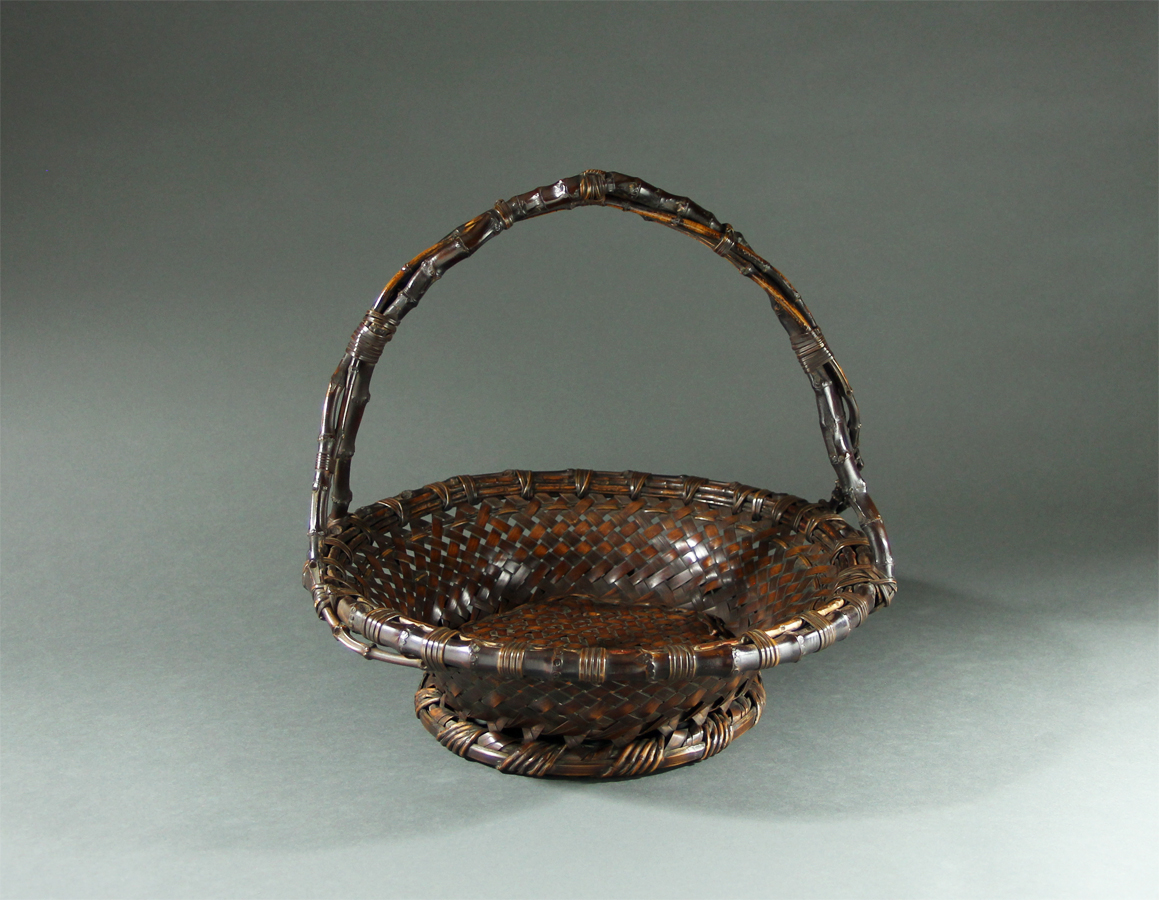 Tanabe Chikuunsai I, considered the most cultured bamboo artist in Osaka, was also the headmaster of the Seifu Aoyama school of ikebana and a full sencha tea-master. He was an active and important member of literati artistic and social circles. 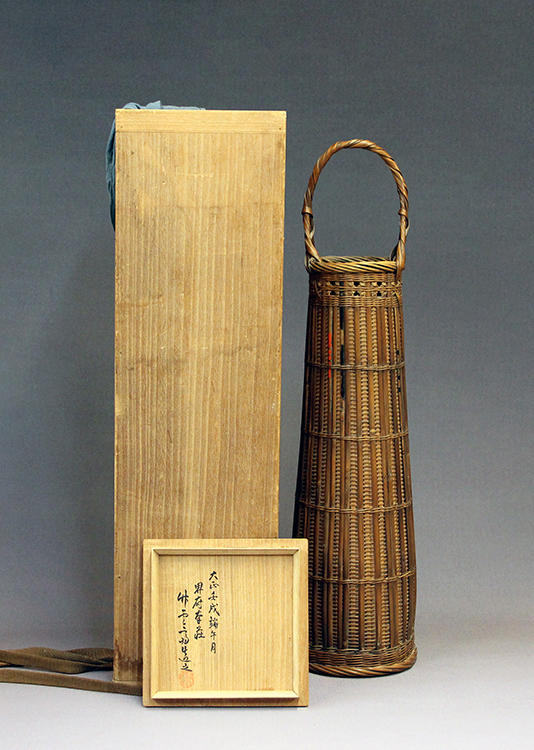 Greatly inspired by the literati paintings of Yanagisawa Kien (1704-1758), who often depicted luxuriant flower arrangements in woven baskets, Chikuunsai I invented a style of basket he called “Ryurikyo” after one the painter’s artist names. Chikuunsai I was also known for incorporating Edo-period ceremonial arrow shafts, decorated with gold and lacquer, into the bodies of baskets.

Hayakawa Shokosai III, a critic of bamboo artists whose pieces lacked self-expression, once commented that Chikuunsai I was the only bamboo artist with individual style.

Fig 1: Details of works by Tanabe Chikuunsai I