Two of the sons of Hayakawa Shokosai I, Shokosai II and Shokosai III, followed in their father’s footsteps to become bamboo artists. Shokosai II, who suffered from poor health and died in his forties, had a short career. Unfortunately, very few examples of his work exist today. The future Shokosai III proved his talent and creativity at the young age of fourteen by winning the Phoenix Prize at the 1878 Exposition Universelle de Paris. 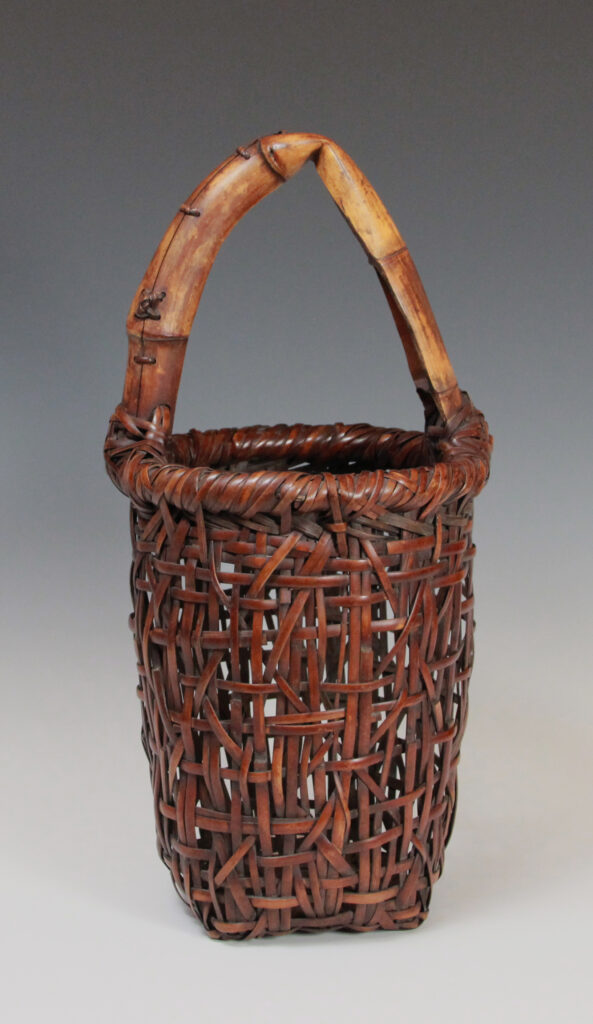 In 1905, after his older brother’s death, he became Shokosai III. He emulated his famous father’s style for a time, but soon originated a radically different approach of his own, creating random weave baskets of great personal expressiveness. With the development of this new free-form style of plaiting, Shokosai III challenged time-honored bamboo weaving traditions, blazing a path apart from the formal symmetry of karamono and the rustic utility of wabi tea ceremony baskets.

Shokosai III was a leader in Osaka’s creative bamboo art movement. His work’s emphasis on individuality, originality, organic forms, and irregular plaiting ensured that each and every work was unique. As it was impossible to create the same piece twice, Shokosai III’s random weave baskets were incompatible with the traditional studio practice of a master working with skilled apprentices to produce multiple high-quality works of the same designs. All of the bamboo artists who came after Shokosai III owe him a debt, not only for introducing his innovative irregular technique, but also for further enshrining Japanese bamboo basketry as a high art and opening the door for future artists to express themselves with their own creative voices and unique styles. 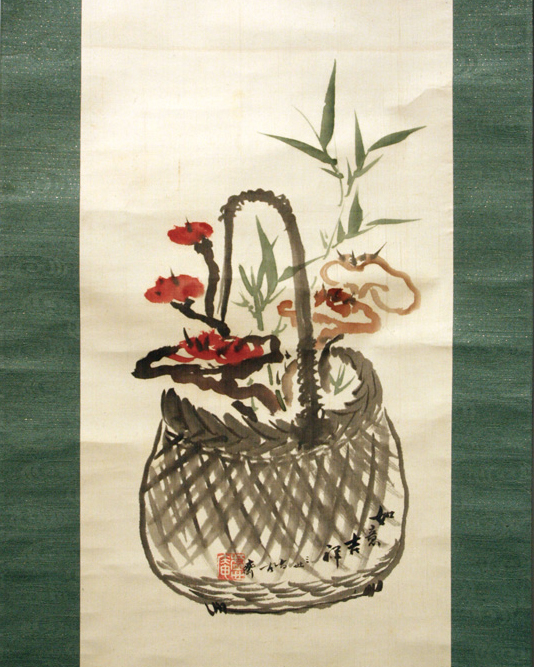 Aside from being a bamboo artist, Shokosai III was also a ­­­­­­­­­­keen critic and talented practitioner of many other art forms, including Japanese painting, poetry, and calligraphy. He played the bamboo flute at a professional level, prompting one art critic to write, “Musical talent seems to run through the Hayakawa family.”