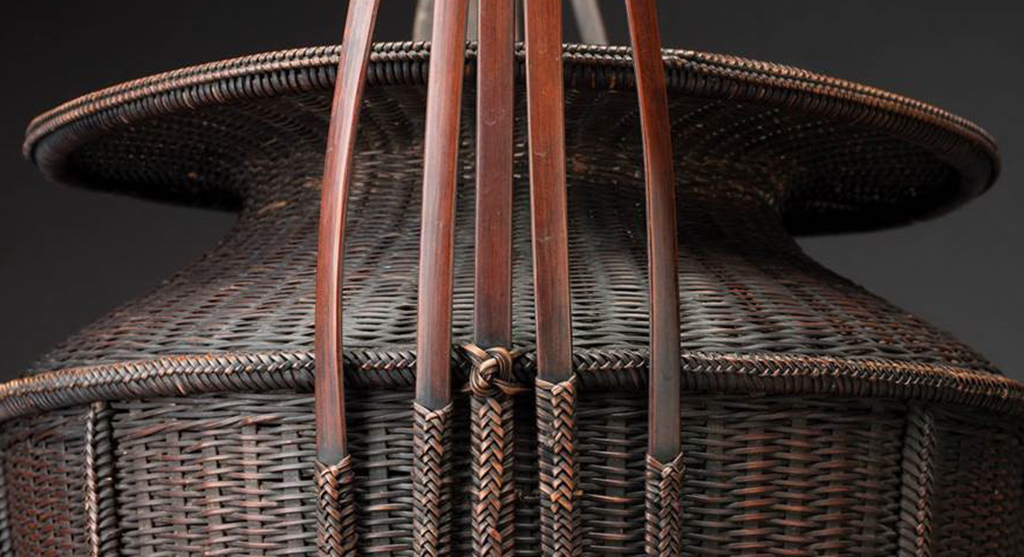 Hayakawa Togoro was born in 1815 to a samurai family in Sabae, a snowy rural domain 70 miles north of Kyoto. At a young age, he moved to Kyoto to study rattan plaiting.

The Kansai region is considered the cradle of Japan’s great artistic traditions. The nobility, priesthood, and scholars were brought together in the imperial capitals of Nara and Kyoto, and a flowering of culture resulted. The port city of Osaka became the economic capital of Japan, and merchants joined the nobility as important patrons of the arts.

In the mid-1840s, Shokosai I relocated to Osaka, where sencha tea culture was flourishing and skilled basket makers were creating karamono (Chinese-style) flower baskets for tea masters and the literati.

At some point — contrary to Chinese and Japanese basket making traditions  — Shokosai I began to express his own artistic ideals in his designs. He invented new forms, introduced natural and organic elements, such as interestingly formed branches, and incorporated Japanese artistic concepts, such as rustic simplicity, understated grace, and sensitivity to the natural world, into his intricately woven baskets.

He also proclaimed pride in his identity as an artist and as a citizen of Japan when he began to sign his works, often inscribing “Shokosai of the Great Nation of Japan made this” on the signature plate. No one knows exactly when Shokosai I first signed one of his pieces. However, the earliest known signed work is from 1854.  In the beginning, this snub to tradition must have been a great obstacle in selling his work, but he persisted. 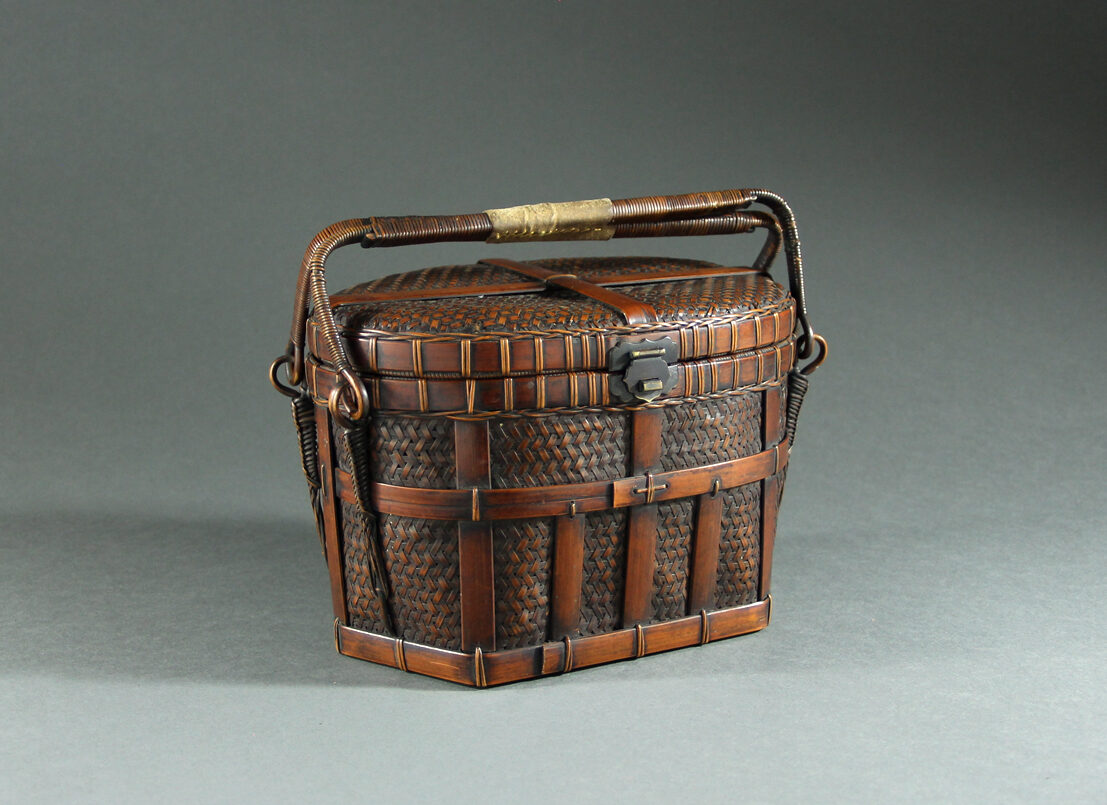 In the latter part of the 19th century, the Japanese government became actively involved in International expositions and fairs and began sponsoring their own countrywide exhibitions promoting Japanese arts and industry. In 1877, the First National Industrial Exhibition was held in Tokyo’s Ueno Park. Artists across Japan were selected to participate. Shokosai I submitted a finely-woven tea box with handles, which was awarded the Phoenix Prize. The Empress Shoken was so taken by the tea box that she carried it home to the Imperial Palace from the Exhibition – increasing Shokosai’s fame and cementing his reputation as the premiere bamboo artist of his generation.

Hayakawa Shokosai I is important to Japanese bamboo art because through the excellence and originality of his work, expression of a personal style, and development of a uniquely Japanese aesthetic of bamboo work, he established the field as one where a basket made by a Japanese creator could be understood as art.