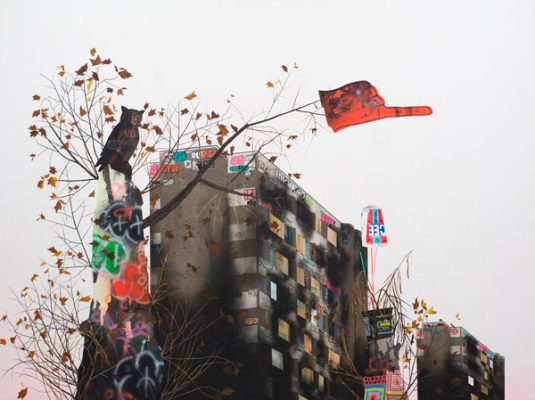 There are indeed ghost towns, despite the well-known edict by Daniel Burnham.

Make no little plans; they have no magic to stir men’s blood and probably themselves will not be realized. Make big plans; aim high in hope and work, remembering that a noble, logical diagram once recorded will never die, but long after we are gone will be a living thing.

While there remain among us visionary architects who dream grandly of Ozymandian permanence, real estate developers—the architect’s less stylish but more popular twin—are known less for their high ideals than for economic pragmatism and business opportunity. This latter group is responsible for the once empty floors of silent business districts becoming trendy downtown loft apartments, and also the construction of vast apartment blocks upon footprints once occupied by railyards. These developers also poured the concrete for the immense and already crumbling suburban banlieues, the high-rise social housing seen on the borders of and in certain quarters of Paris, London, Chicago, and New York. 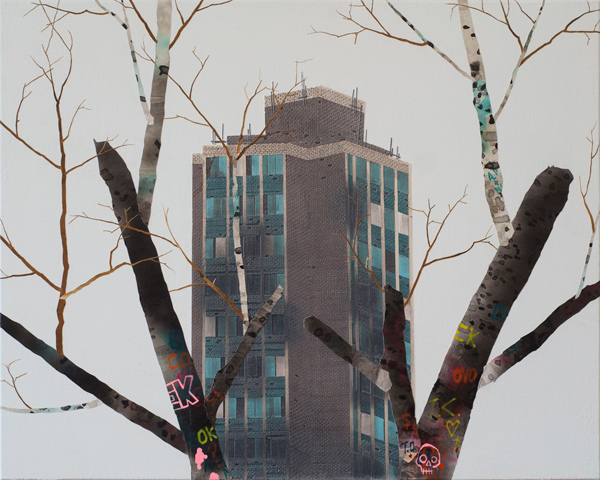 For this type of architecture, the painter Erik Benson has become a latter day Jacob Riis. His colorful renditions of these human warehouses reveal our high level of endurance for architectural pragmatism in rejection of joy, wonder, and history. 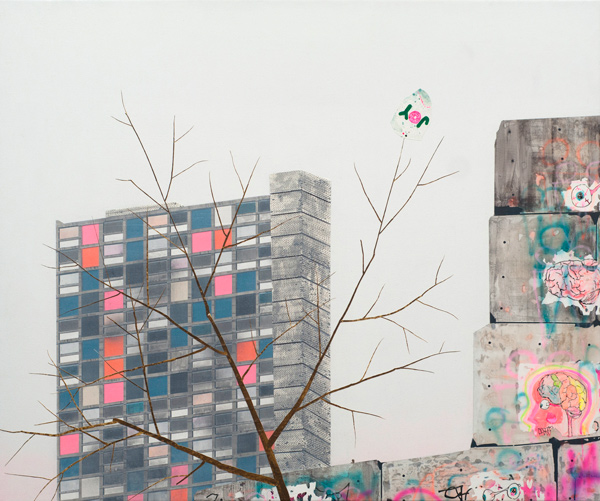 Employing a painterly process that is a hybrid of monoprint and collage Benson has concocted a visual lexicon that includes trees—mostly leafless or nearly so—that faintly obscure the object of focus; buildings. And not just any buildings but worn out modernist apartment blocks, hollow-eyed, graffiti covered, and occasionally fire damaged; Stumps (sneaky face) (2015), Untitled (birch) (2015). Certainly, upon seeing the Benson paintings of scorched buildings one immediately recollects the devastating fire in June of 2017 in London’s Grenfell Tower, a social housing development. A malfunctioning refrigerator ignited the building’s exterior cladding which resulted in the tower quickly becoming fully engulfed in flame. The fire caused the loss of 72 lives, while 70 more were injured. With regular and more thorough inspections much of the carnage that occurred during the incident could have been reduced. It was England’s worst residential fire since the Blitz. 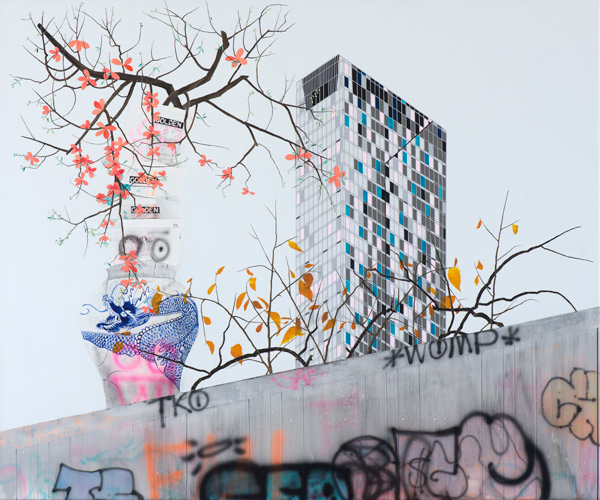 Another of Benson’s recurring motifs is the wall over which we must peer in order to see the building; Braintree (seer/thinker) and Stacks (Golden Tower) (2016). In Stacks and Study for Midwestern Chinese Landscape Painting (2015) he adds an additional impediment to entry, precariously placing Chinese vases in our path. We are then cast as outsiders, segregated from the structure in focus and this helps Benson locate us in an indefinable position. Are we property developers looking for the next opportunity, poverty tourists sympathetically viewing how the other half lives then returning to our posh digs, or, more poignantly, just the kid from across the way viewing an apartment block that looks just like their apartment block? 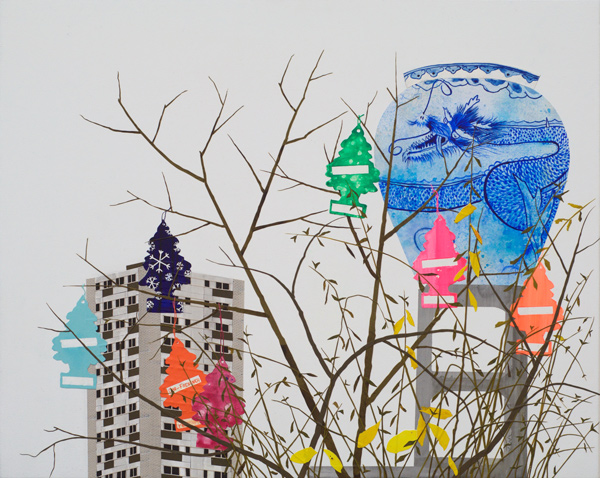 We never view the buildings full frontal, they are all turned half away, as if attempting to avoid inspection or engender introspection. While the building in the background is the focal point in these paintings it is the foreground that possesses a living character. In addition to the walls that command we keep our distance, the foliage is decorated with festive rubbish: potato chip bags, yarn-bombing, a giant foam rubber “We’re Number One” stadium hand, a truncated tree surmounted by an owl (live or stuffed is unclear), and graffiti; as in Stumps (sneaky face). 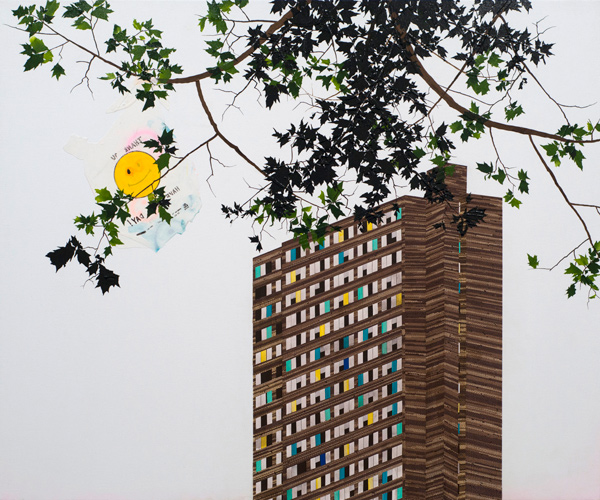 In the peeled and pasted layering technique that Benson employs we experience a peculiar three dimensional illusion, as with an antique View-Master stereoscopic toy. It is a shallow stage on which to mount such a production. Looking up relentlessly at these impassive totems, through a scrim of barren branches and downstage barricades we are reminded not of cityscape painters like Canaletto, Hiroshige, or Thiebaud but more to the Ashcan School and Neue Sachlichkeit, not of how we would like to be remembered but to our irredeemable slide of becoming.