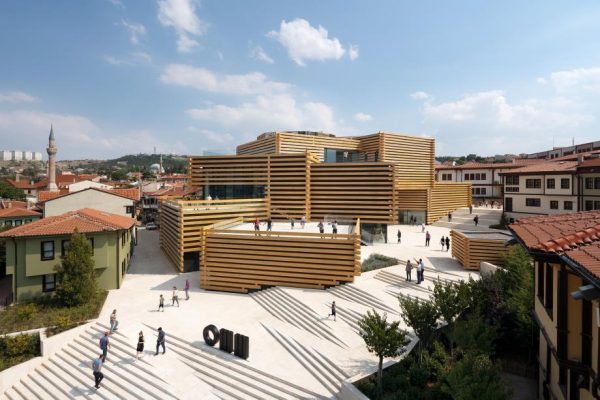 Kengo Kuma’s stacked timber structure for the OMM museum in Turkey opens to the public this September. Photography: NAARO