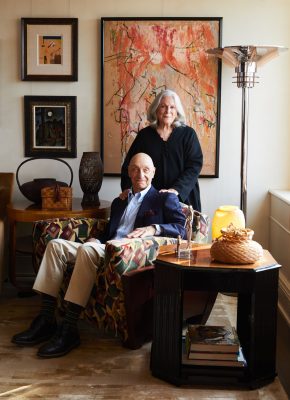 An Empire of Bamboo in the Home of Collectors

“We’re at the point now, where, if something brilliant comes up, somebody calls us,” said Diane Abbey, who, with her husband, Arthur, is among the world’s top collectors of Japanese bamboo baskets. The couple — who split their time between the Upper East Side and the Hamptons when not traveling the world — own around 300 in total.

Some of them were seen in the 2017-18 exhibition “Japanese Bamboo Art: The Abbey Collection” at the Metropolitan Museum of Art. A version of the show opens at Japan’s Oita Prefectural Art Museum in May. The Abbeys are donating much of the show’s contents to the Met, which they can see from the window of their apartment; they could send the baskets down via a zip line if such methods weren’t frowned upon. 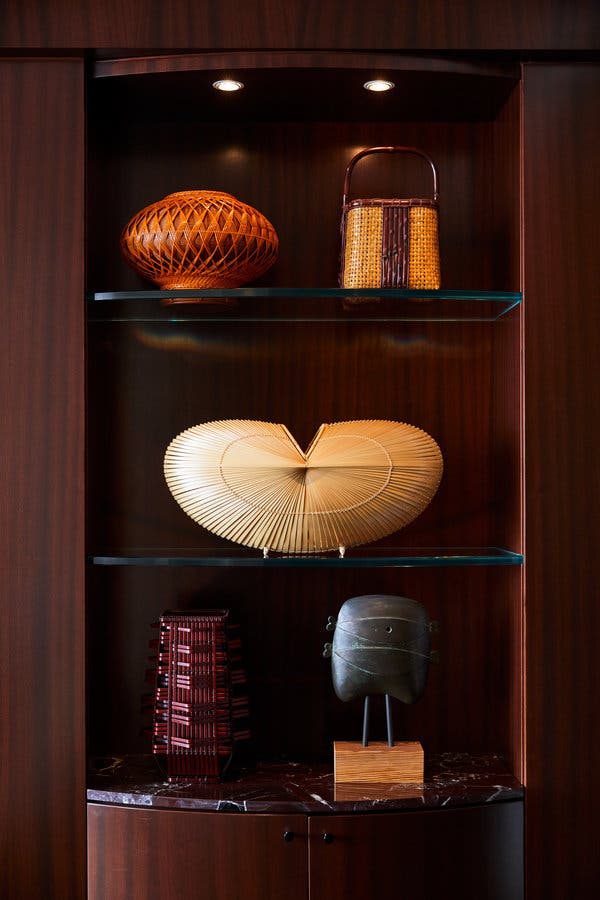 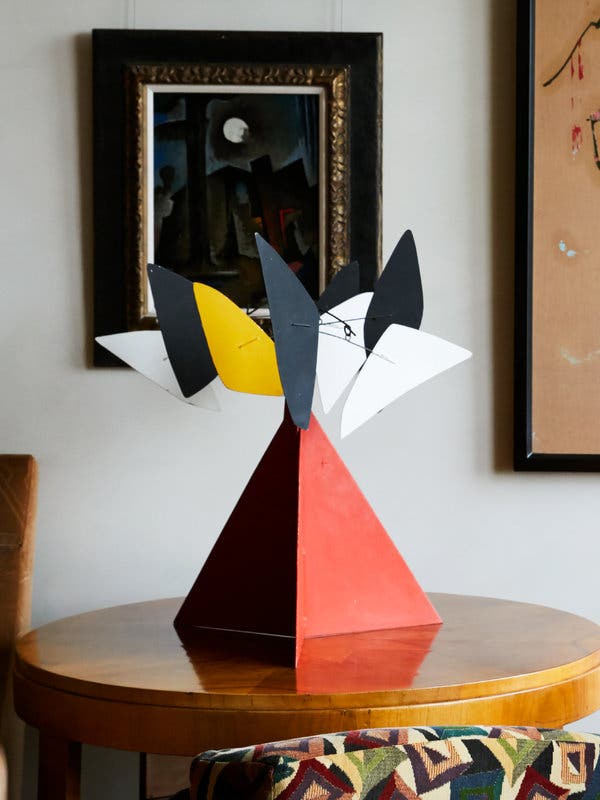 The couple, who are mostly retired (he from law, she from teaching) discovered the artistry in baskets 25 years ago, visiting a gallery in Santa Fe, N.M. “We picked them out because we loved them, and they just started to be a collection,” Mr. Abbey said, adding that the oldest piece they own was made about 150 years ago.

The Japanese baskets, woven from thin strips of bamboo, come in a huge variety of colors, shapes and sizes. The collection ranges from the late-19th-century, chapeau-shaped “Bowler Hat” by Hayakawa Shokosai I, an old master of the trade, to the more recognizably basketlike “Muso” (2012), by Fujinuma Noboru. Famed makers like Iizuka Rokansai and Tanabe Chikuunsai IV are also represented. This painstaking craft is often handed down in families, so the Abbeys have pieces by Tanabe Chikuunsai III, II and I, too.

The Abbeys have also acquired a eye-popping trove of modern paintings and sculptures by the likes of Alexander Calder, Willem de Kooning, Joan Mitchell and Joseph Cornell, which they have installed liberally in their apartment, mixing it with the baskets. The couple, who were honored during Asia Week New York in March for advancing Asian art, spoke recently about why they love baskets. These are edited excerpts from the conversation.

This is such a wonderfully niche field. What appeals?

DIANE ABBEY They’re all made by hand, which is truly amazing.

Do you have help in finding these?

ARTHUR ABBEY We don’t have an adviser; we just see things. And my wife’s got a great eye for art. And everything has been just picked out by us. And so we live with it. 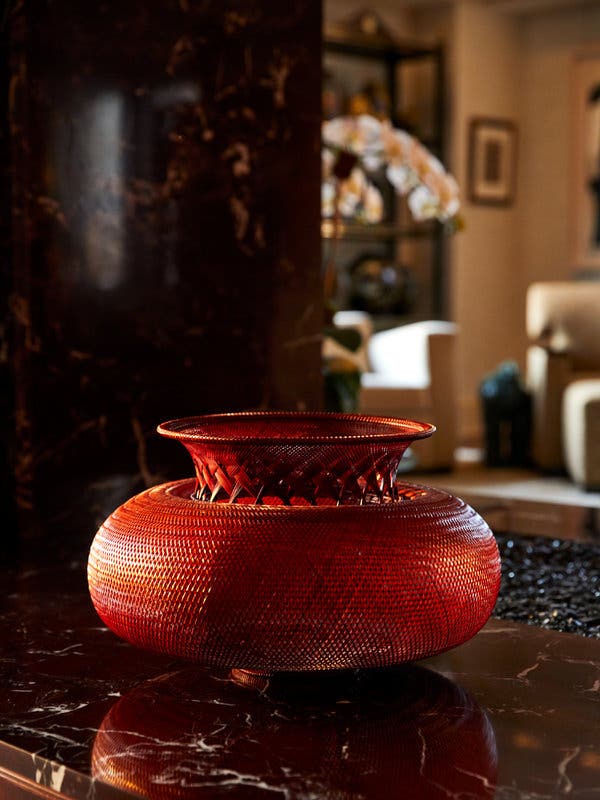 What are they intended for?

MR. ABBEY The baskets are used functionally in Japan in two ways. They’re used for tea ceremony, and they’re also used for a ceremony called ikebana. And ikebana is a display of flowers. And some of the baskets have hidden tubes in them, and the tube is filled with water, and you put flowers right in there.

Do you think the Met show had an impact on the field?

MR. ABBEY Yes, this has been a very big a boost to this art form — 400,000 people attended the Met show. People who came didn’t even realize that things like this existed. One of the important things to us is to keep this tradition going. And hopefully this recognition will influence a number of people in Japan to do this.

One that caught my eye here is “Woman,” the shape of which reminds me of a Klimt or a Giacometti somehow.

MS. ABBEY It’s by Nagakura Kenichi, and it’s one of my most favorite pieces. When the Met decided to include the piece in the exhibition and asked us to gift it to them, I didn’t want to be without it. So, in 2016, I contacted the artist and asked him if he would make me another piece just like it. I was so lucky to have done that because in 2017, Nagakura Kenichi died. I treasure it.